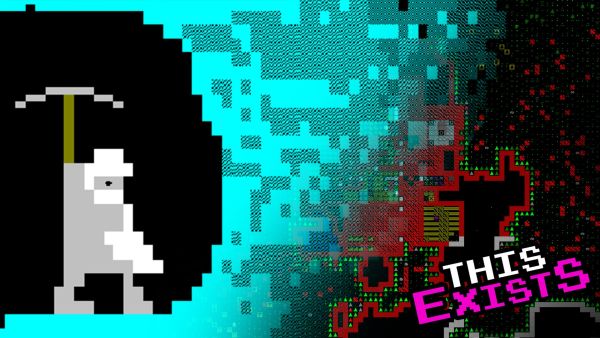 Two short things to write about today: Emacs and dwarves. That’s right, I finally did it. I picked a side in the endless struggle of text editors. Not really. I thought it would make me a cooler programmer if I could reliably use either Emacs or Vim. Also, due to the fact that both editors seem crazy archaic but thousands of people still use them, they have to be good somehow.
Anyways. I tried using Vim first. That lasted all of 12 seconds. I definitely went in with the mind set that I was going to stick it out and learn, no matter how hard it was. It wasn’t that it was hard, I just think they made it too hard to do simple typing. Someone will probably prove me wrong on that. At least in Emacs, you push letters and letters appear on the screen, and the “save and quit” command isn’t some secret hoodoo sorcery spell.

What are the differences, you ask? It’s almost a philosophical difference in how they look at how to enter text. Vim has two(ish) modes: Normal and Insert. (There are also visual, select, command-line, and ex modes, but I’m going to focus on the first two.) You start off in normal mode, where you can move around, manipulate text, and type commands. You cannot, however, type actual letters. Once you get into insert mode, you can type letters, but you can’t do any(ish) commands. Which is a bummer because save and quit is a command, which is mystifying to the brand new user.

Emacs, on the other hand, doesn’t really have separate command and insert modes. The commands mostly start with Alt (called “Meta” key in Emacs lingo) and Ctrl key, so you won’t accidentally press them in active use. Both editors have neat advanced features for moving, deleting, searching, and pasting large chunks of text quickly, and for doing repetitive typing tasks quickly. Emacs also has several built in applications and games for the extra bored. Even a built in therapist M-x doctor named Eliza, which is based on one of the earliest attempts at a bot.

I’m still figuring out the customization, themes, and layouts to be the most productive in it. I come from a few years of Sublime Text experience, so I’m used to having my folder tree, tabs, and minimap. If anyone has any cool custom layouts/setups of Emacs that they feel really productive in, let me know. I’m keeping an eye out.

Last thing: I came across what I guess is an old game that is still being actively worked on (and will be for another 20 years) called Dwarf Fortress. It’s like the Sims if the Sims drank lots of ale and could not only take care of themselves but build immense empires, train their own pets, turn into zombies and vampires, and go insane. Also all of the graphics are made of colored monospace text symbols, which is an interesting experience. I thought it was a neat coincidence that I learned Emacs and Dwarf Fortress (both heavily invested in hotkeys) at similar times. Anyways, that’s all for me right now. I recommend both Emacs and Dwarf Fortress. There’s even a book guide for getting started in the game out there! I’m trying to get better at blogging, increasing the quality of the posts by adding pictures, formatting, and code examples. Hopefully there will be more of those in the next post.