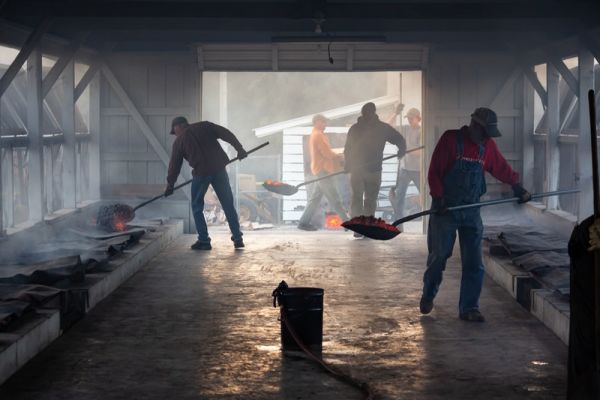 Hi! I’m using this post to blow off some steam after a stressful week at work. If you want to skip over the back story and get to the lesson, you can skip down to the Lesson section.

This week at work sucked. I mean, a lot.

I work at a machine shop/injection molding house, where we do a lot of prototypes for people, and then help them move into production quantities. It’s mostly medical devices, but there are some consumer products and stuff for other industries too. I’m the mechanical engineer, so I do most of the mold and part designs.

I also am a programmer and a millenial, so I help out with IT issues. In addition, I’m in front of a computer most of the day, so I end up handling much of the customer-facing stuff like quotes, orders, quality issues, purchasing, and scheduling/project management. Lots of scheduling and project management.

But more on that in a second.

I like my job! It’s pretty flexible and a very relaxed atmosphere. Loud machines and guys joking and yelling a lot. People whooping and clapping when somebody else blows up a part or runs their tool into a vise. It’s good!

In the last few months, we’ve gotten super busy. I don’t know what’s causing it, but our schedule went from a consistent three-weeks-out queue to an eight-week queue in just a couple of months. But we are managing, and, all things considered, I’ve been doing a pretty decent job at estimating and scheduling the jobs so that we hit most of our due dates and make the customers happy.

On Monday this week, one of our top guys had a family emergency. Sudden, unavoidable, and catastrophic. Unfortunately, he’s a vital and irreplaceable part of our production process, and he needed to be out all this week and half of next week.

Obviously, family stuff is way more important than work stuff, so I don’t fault him for leaving as quick as he did or being gone for that long. You have to do what you have to do. That being said, there were side-effects.

Those eight weeks of scheduled jobs that I had in queue? Every one of them – some of which with hard, fixed deadlines – had lost a critical week and a half of man-hours required to complete them.

The phone calls began on Tuesday.

Hi! How are you doing? I’m just calling to check on my parts. I think they were supposed to be done yesterday?

And the fun part? I didn’t find out until today (Friday) when he was going to be coming back. So I was attempting to shuffle and reschedule around a mystery date. Guess how many customers like to hear, “I’m sorry, I’m not sure when your items will be complete. Try back later.” If you said “none,” you are right! Most of them say something like, “Well, you have to give me some kind of date.”

Any normal introvert’s instinct would be to unplug the phone and the router and hope the customers give up and go away. But I’ve been in situations like this before, and there’s one thing that I’ve learned.

Uncomfortable situations never go away on their own. And almost always, if you ignore them, they just fester and get immeasurably worse. This has happened to me multiple times. The first few times, I didn’t learn. I just ignored it. It invariably came back to bite me. Library fines, spoiled food in the fridge, serious conversations with friends: left unaddressed, all end in misery (and possibly bad smells).

It’s always a good idea to confront the unpleasant situation, address it, handle it, and move on. You’ll feel better. Everyone else involved will feel better. You won’t miss out on any chances that you might have missed by doing nothing.

I’ve noticed that there always seems to be some sort of unforseen benefit to addressing these issues. Somebody ends up being unexpectedly thankful for your up-front-ness. You have extra options to deal with the issue that wouldn’t be there later. People are generally more forgiving if they haven’t been stewing over this issue for a while. It’s always something nice.

Just Handle It (and then reward yourself with beer or cake)

So, at the end of the day today, I sat down, and I planned out our work schedule for the next eight weeks, working around the missing guy, doing my best to make every customer as happy as possible, given the situation. Then, I wrote each and every one of them an email, laying out the situation and our plan to deal with it, and what they could expect. I grovelled a little bit (not excessively), and told them I would keep them updated as things progressed.

So far, all of the responses I’ve gotten back have been really nice! One guy offered to come in and run the machine for us! P.S. You should go buy their cake frosters. I helped design them, they’re cool, and they were created by really nice people. #AfilliateLink #ShamelessPlug #DontCare. Do me a favor and don’t buy the knock-offs from the companies in China. They’re stealing sales from this small, family-owned (patent-holding!) business, and it sucks.

Anyways, all this to say that it usually feels bad to face an uncomfortable situation head-on, but it is almost always better than how it will feel to deal with it after it has festered and boiled over later.

Let me know if you’ve got a situation like that where you wish you would have handled it earlier rather than avoiding it (if it’s not too personal). I want to hear about it!